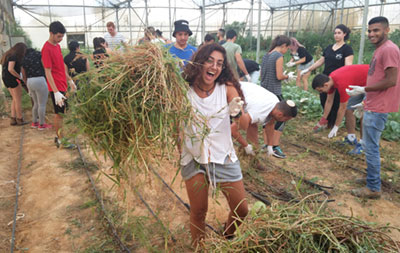 Our vision is to ensure that Israel can meet the challenge of maintaining a vibrant and tolerant society based on the country’s founding principles of equal opportunity, mutual responsibility, and love of Eretz Yisrael.

Our programs are therefore offered at a formative age to youth and young adults from a wide variety of backgrounds and social strata who are not among the relatively small number of elite students, since it is these young people that will constitute the majority of Israel’s population in the future.

Once we motivate and inspire our youth by equipping them with knowledge of our society, positive experiences throughout the country, leadership skills, and the ability and tools to think critically and independently, they will be able to handle both personal and collective challenges head-on. 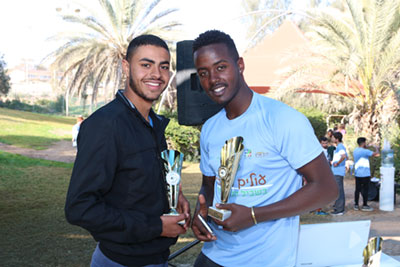 Derech Eretz operates social-educational and leadership education programs for Israeli youth and young adults, most of who come from underprivileged backgrounds, leveling the playing field across all sectors of society. Programs are offered at the important junctures of early adult life, and on a continuum from the time high school finishes, before military service, throughout military service, during the transition back into adult, civilian life, completely changing their life’s trajectory. Founded in 2011, Derech Eretz’s bottom-up initiative intends at minimizing social gaps while creating engaged citizens and, ultimately, building a better future for Israeli society. All of our programs achieve our mission by: All program participants perform community service. Since opening 6 years ago, our participants have volunteered over 70,000 hours of community service. Our Target population includes youth and young adults, olim and veteran Israelis, religious and secular (and all levels of religiosity in between), from all over Israel. The majority of our participants come from disadvantaged backgrounds. Six years ago, we began with 23 students on one campus. In 2017-18, 120 Israeli youth will be participating in our various programs on 3 campuses and we have 500 graduates. Our three campuses are located in the Negev, in Kmein, Nitzana and Ashalim (our Nitzana campus is run in partnership with the Jewish Agency). Yonatan served as a tank commander in the Israel Defense Forces armored corps and in the army’s course for tank commanders. He has a B.A. in Social Work from Tel Hai College and an M.A. in Conflict Management and Mediation from the Ben Gurion University of the Negev.

Working with Israeli youth since 2002, Yonatan guided student groups under the auspices of the Rashi Foundation and the Katzir Foundation. He has worked with the One Family organization as a social worker helping victims of terrorism. Yonatan also founded a survival and field training course in the Beit HaTzayar School for underprivileged youth in addition to co-founding social initiatives for the organization Search for Common Ground.

Yonatan was named one of 100 most inspiring Israelis by Maariv, in December 2013, and continues to inspire us at Derech Eretz and in the Negev moshav of Shizaf, where he lives with his wife and three children. Avi has been socially active since completing his military service in 2000. He was a counselor in an educational project for HaYovel Junior High in Mevasseret Zion, a counselor for the NGO Ziv Youth and the head of the legal department for Brera Center, a social-legal organization that deals with underprivileged communities. He and Yonatan founded Derech Eretz in 2011, and have since been ceaselessly working to strengthen Israeli society by strengthening our youth. 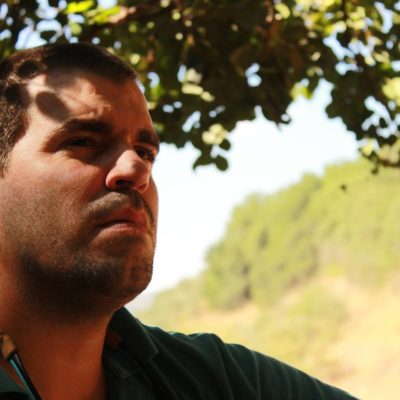 Having served as a commander in the elite IDF combat unit, Egoz, to this day, Nadav performs his military reserves in Shaldag – a special forces commando unit. Nadav has a B.A. in Middle Eastern Studies from the Hebrew University. Prior to joining Derech Eretz, Nadav spent a decade working for JNF-Israel in managing their gap year program, and as HR manager and national training coordinator for their Green Horizons program. Nadavs leadership skills began at a young age, as he graduated the Mandell youth leadership program. Today he brings hie expertise, experience and talent to oversee Derech Eretz’s pre-military program on 4 campuses. 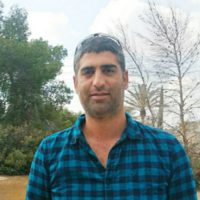 Raviv grew up in Ashkelon, and today resides further south in the community of Shlomit in Holot Halutza. He served in the IDF as an officer in the Givati combat unit, and helped found the Rimon Unit. Raviv holds a bachelor’s degree in Law, and following his studies worked at the Knesset as an MK advisor. Before joining Derech Eretz, he worked in the Educational Department at Acharai.

Adva grew up in Bnei Yehuda, a small community in the Golan Heights. Prior to her IDF service, she spent her gap year with Lasova organization, helping at-risk youth in the “Kadima” schools in Yavne. In the IDF, Adva served as Basic Training Commander, and also as a Commander of the Commander’s Course in Basic Training. Today, she is a military reservist with the Home Front Command. Since her release form the army, she has worked with Masa Israel, and other educational organizations, while receiving her B.E.D. Today, she resides in Ashalim. 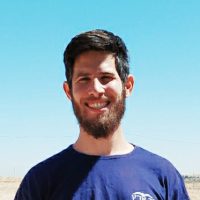 Originally from the community farm of Masu’ot Yitzhak, Roi served in the IDF as a Company Commander in Unit 188 of the Armored Corps, and today serves as a Deputy Company Commander in reserves. Following his army service, Roi wanted to venture into education and joined us at Derech Eretz as he identified with the organization’s mission and vision. For two years he was a counsellor and deputy manager of the youth leadership (mechina) program in Ashalim, before becoming the Mechina Manager.

Shachar grew up in the Arava and has loved the desert ever since. He served as a Naval Officer in the Israeli Navy and as a Commanding Officer in the Shomer Farm. After completing his army service, Shachar established a project building huts for travelers on the Israel Trail. He managed an informal educational framework for Ethiopian children and youth in Petach Tikva. Shachar holds a Masters in Educational Policy. 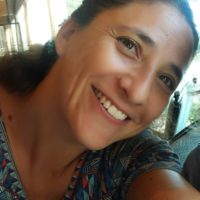 Yael holds a Bachelors in Social Work, specializing in leading groups, and a Masters in social work, specializing in organizational development and management. For the past 12 years, Yael has been accompanying individuals, communities and organizations through their process of growth and development. Now a resident of Ashalim, she is bringing her expertise to Derech Eretz’s participants and staff. 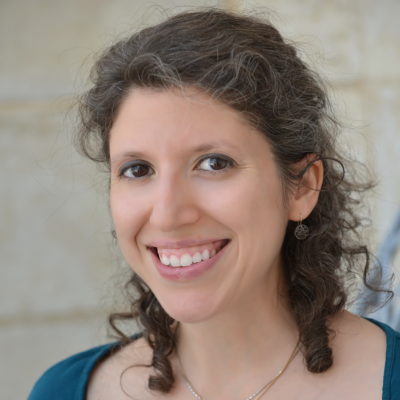 Born and raised in Philadelphia, Naomi’s passion for Israel brought her to study at the Hebrew University and work in the nonprofit sector ever since. She has extensive experience in facilitating giving opportunities and cultivating donor relationships from her time at Minuf and at the Jerusalem College of Engineering, and a long-time passion for creating and streamlining smart communications – from the days of editing her high school newspaper, all the way to editing publications, teaching academic writing at the Hebrew University, and developing guidelines for editors. Today, Naomi spends her days at Derech Eretz, thinking how to accurately convey to the world the extent to which we are strengthening Israeli society. 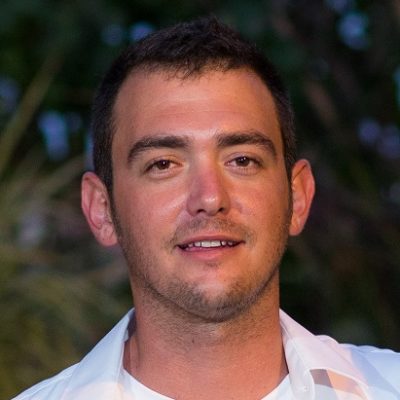 With a degree in engineering and management, with a focus on organizational logistics, Eyal gained experience at Israel’s Electric Company and Amidar, before joining us at Derech Eretz. He served in the IDF as an officer in the reconnaissance battalion of the infantry corps’ Givati Brigade, and does military reserves as a deputy to the deputy assistant chief of staff for operations in the infantry corps. 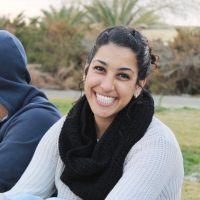 Eden grew up in Kfar Yonah. Prior to her IDF service, she spent a year at Tzameret – a community-building program run by WZO in Bet Shemesh where she volunteered helping youth. In the IDF Eden served as a Commander in Basic Training, and later as a Commander of the Basic Training Commanders’ Course. Following her service, she worked in agriculture in the Arava region, after which she came to Derech Eretz as a counsellor in our youth program on our Kmehin campus. Then, after a trip to Africa, she returned to Israel and enrolled at Sapir College, where she now studies Social Work. Eden’s military reserves are with the Home Front Command. 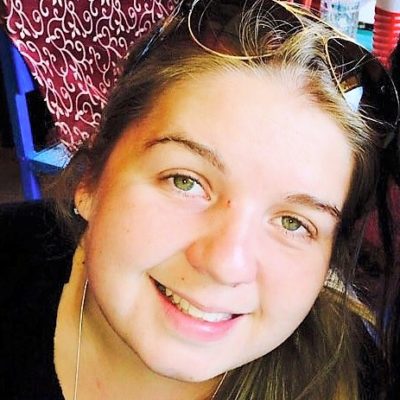 As a young child, Fiana came to Israel from Moldova in 1989, and grew up in Or Akiva. She served in the IDF in a classified unit of the Israeli Intelligence Corps after which she completed her bachelor’s degree in economics and management (specializing in pension and finance). Today, Fiana lives in Kadesh Barnea (Nitzana Educational Community).